Posted by Tara Pellegrino — Comments Off

What better way to start my first blog than to make it about my dogs!  I will be writing so much about everyone else’s pets in the spa that I feel it is only fair to let my 3 pups have the first shout out in cyberspace!!!!

I want to start with my first born, Rocky.  AKA “Rock”, “Rock Star” or just simply “The Boy” is our 11 year old greyhound mix.  He’s the man with the attitude and a loud bark to say what is on his mind.  He is our guardian, couch potato and the one that LOVES to snuggle.  He’s our boy and my daughter Mia’s best dog-friend.

Next came Stink, I mean Maybelline.  She’s our ancient Beagle somewhere betweeen the ages of 12 and 80!  We guesstimate she is approaching 14 years old but now have a running joke that she gets younger each year.  Maybelline stinks all the time and coming from a Groomer, that’s bad news!  She looks little and dainty but she’s the one that runs the show.  Her Beagle bark makes me giggle everytime.

Janet is THE SWEETEST Lab you will ever meet (and I meet a lot of them!)  She is 9 years old and loves to come to work with me each day.  She is the typical Lab that has to be next to me wherever I go.  Loyalty is her strongest trait.  Janet is slow like Eeyore but always content.  When a client says their pet is dog-aggressive, I break out my big guns and introduce the dog to Janet.  Never, and I mean never, has another dog ever reacted to her aggressively.  She is just too laid back for them to go through the effort!

So there you have my 3 loves.  Each has their own personalities but combined make a wonderful pack.  The only sadness I ever feel is that they are all Seniors and I’m starting to see them slow down a little.  Strike that – Janet has always been slow – Rocky & Maybelline are starting to show their age.  But then again, I’m starting to show my age too!!!!!

I think if my dogs knew that today was Mother’s Day they would do the following:

A) Wake me with kisses after they brushed their own teeth

D) Pull me in a chariot for our afternoon walk

A mom can only dream…….I do know what will happen even if they don’t know it’s Mothers Day.  Boy, Stink and Janet will loyally do whatever I ask of them.  They will keep me company (even on the toilet) and they will curl up next to me when I sit down.  They will wag their tails whenever I come into the room and they will love me unconditionally.

Happy Mothers Day to all mom’s!!!!

Glad To Meet You!

Tara Pellegrino
Lover of all things dog
Hi! I'm Tara and I work, study and play with man's best friend! The more I learn, the more I want to share with the world. Join me in this fun little blog on our fur-babies! 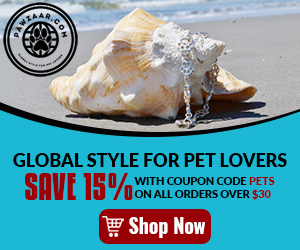